Byzantium is powerfully evident throughout the Mani peninsula. It followed on from the Hellenic religion with a short period of domination by the Franks between 1205 – 1261 and from 1460 when the Ottomans annexed the Peloponnese. Despite these incursions the Mani remained fiercely independent and self governing preserving the Orthodox Church that embodies Byzantium traditions. Although the Mani has some signs of early settlement it was not until the Mycenaean kingdom, Sparta being one of its centres, that we know more about this area. During the Hellenic period, Sparta dominated the peninsula, a city and its state immortalised by Homer in his poetry and epics that is sill relevant to Greek and Mani culture today. 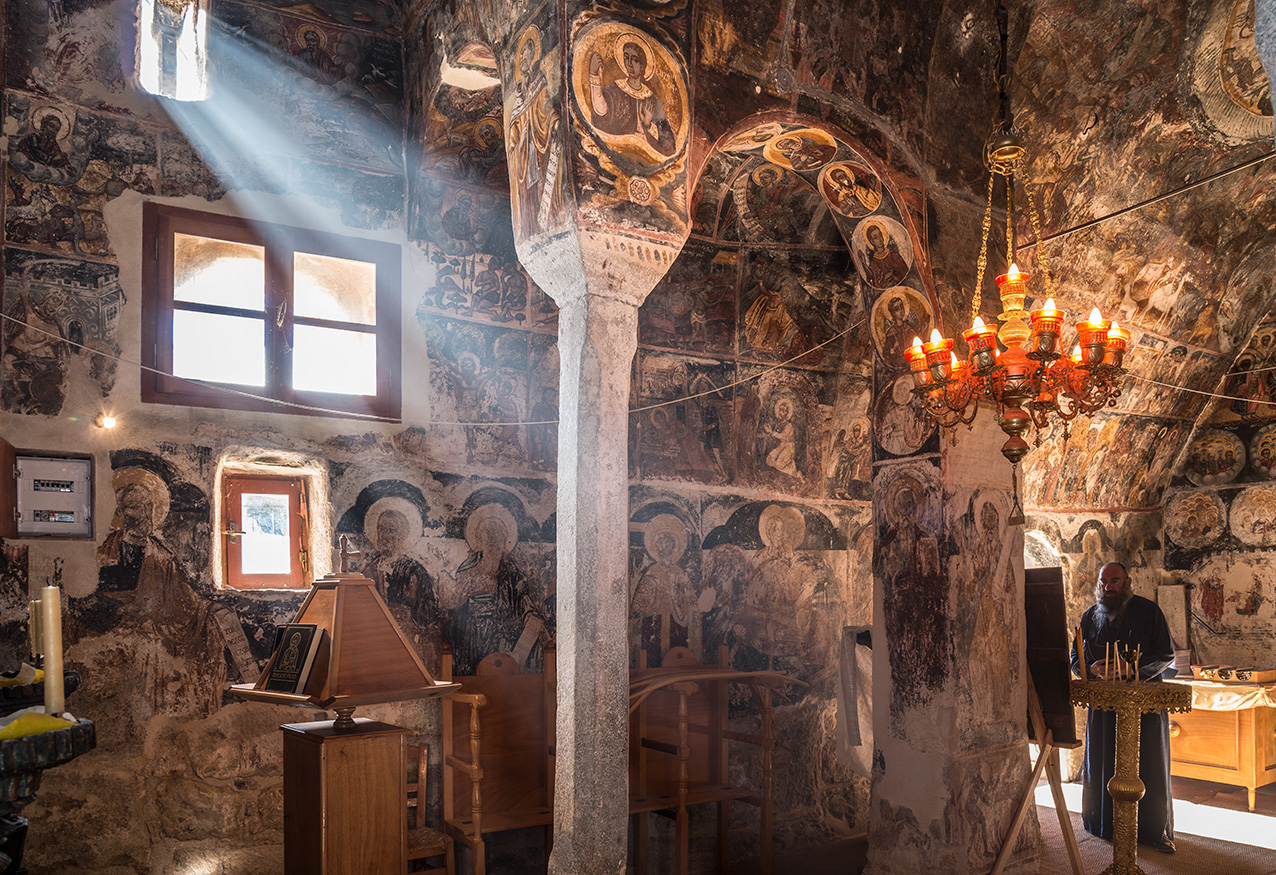 Sparta was a powerful military state providing the security needed for scholars to thrive and from the 5th century BC artists, playwrights and philosophers such as Socrates and Sophocles emerged. Sparta’s influence declined with the ascendancy of Thebes and then Alexander the Great, the Macedonian, followed by the Romans from about 146 BC until establishment of the Byzantine Empire (330-1453AD). Byzantium lasted over 1,000 years, had 90 emperors and 125 Patriarchs of Constantinople. After Constantine defeated Maxentius at the Milivian Bridge outside Rome crowning himself emperor of the Western empire, he made a truce with the Eastern emperor, Licinius. After 11 years he resumed warfare conquering the Eastern empire defeating Licinius at Chrysopolis on the eastern side of the Bosporus and went on to found his city, Constantinople. At its height the Byzantine Empire extended throughout Egypt, North Africa, Asia Minor, all of Greece, the Balkans and parts of Italy. Constantine promoted Christianity as the promenant religion and laid the foundations of a Christian empire. Despite this, the empire preserved Roman artistic skills, technology and engineering and the rule of law. The military was based on Roman strategy (using the feared Greek fire) and the empire developed a sophisticated civil service. Byzantium forged diplomatic relations throughout the known world exporting its distinctive artistic culture and Constantinople itself became a multicultural centre. 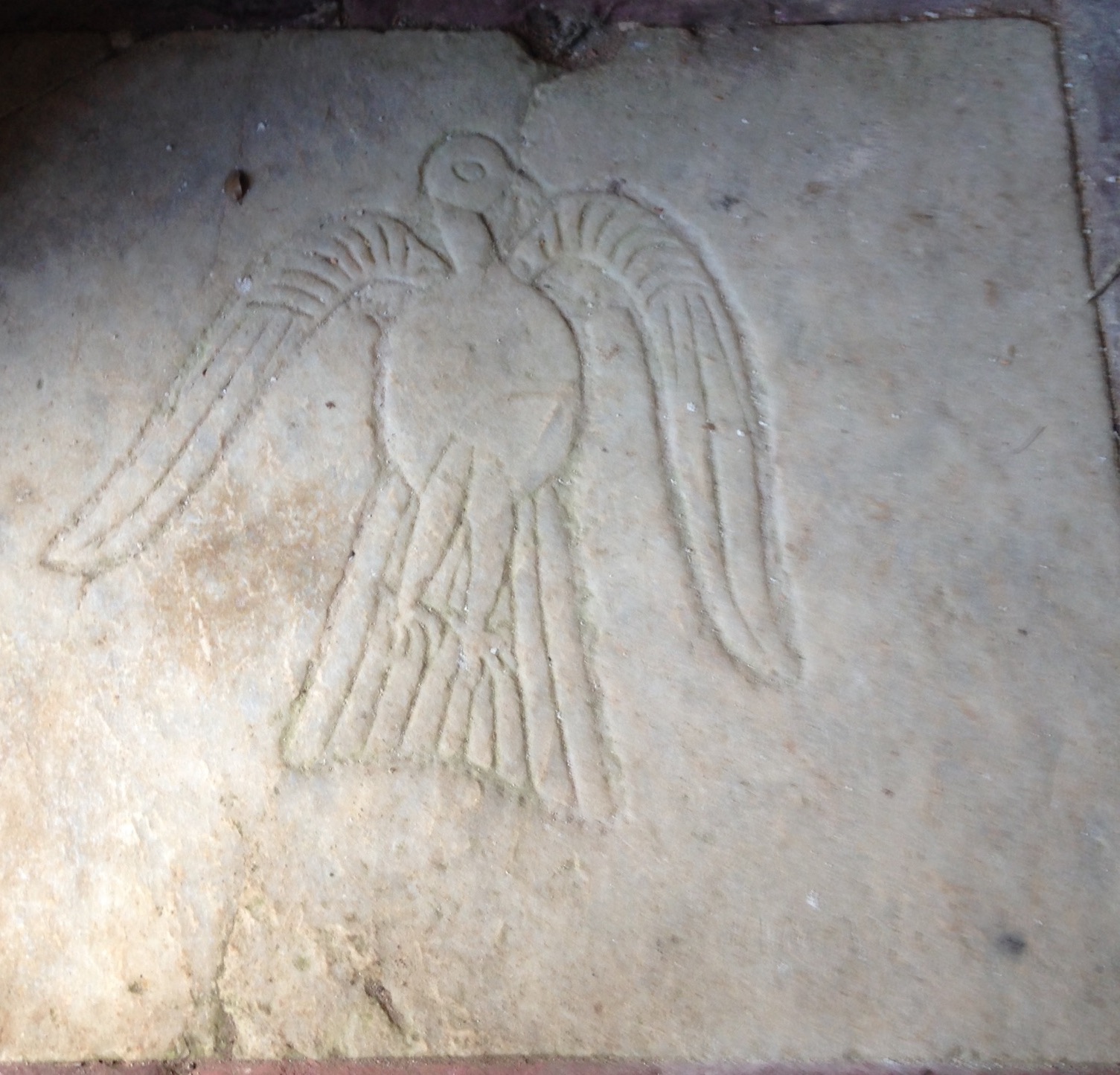 Carved dove on the floor at the Chapel of Odigitria

This era saw the extensive building of palaces, public buildings, churches and monasteries decorated with beautiful frescos and icons yet the works of Greek and Roman scholars remained the basis of education such as Plato’s dialogues and the plays of Euripides. Ancient heritage continued under Eastern Christianity. The rise of Islam in the 7th century AD saw the loss of lands in Asia Minor and North Africa but the emperors checked Islam from crossing the Dardanelles. Despite its reduced territory the empire retained and supported churches in Arab occupied lands and from the 7th – 15th century it continued to spread Christianity being adopted during this time by the Bulgars, Serbs and Russians. Interestingly, the Mani held onto its Hellenic pagan religion for many centuries and although there is evidence of some church building around the 4th century indicating some conversion, it was not until the 10th century that Agios Nikon, later made patron saint of the Mani and Sparta, was sent to preach to the Maniots leading over the following two centuries to the conversion of the whole peninsula. The Maniots may well be the last of the Greeks to follow the Hellenic religion.

Early Christianity had an evolving theology, councils called periodically by the Emperors to determine theological doctrine. Over the centuries differences between West and East became more apparent leading to a schism in the early 13th century. The differences that emerged briefly were – The wording of the Creed, the origins of the Holy Spirit. The Orthodox view on the Trinity was there were three manifestations of God – God the Father, God the Son and God the Holy Spirit that were consubstantial but each had its own nature/substance. Western Christianity developed its doctrine of the Holy Spirit proceeding the Father and the Son. Whether bread used at the Eucharist should be leavened (Greek) or not (Latin). Whether priests could marry, the lower orders of the Greek church were permitted to have wives. Rules on fasting. The refusal to accept subordination to Rome.

These differences, in addition to the spoils of war, provided justification for the leaders of the 4th Crusade to attack and loot another Christian state, the cultural and political implications being the imposition of the Latin Empire of Constantinople until it was deposed in 1261. After Constantinople’s annexation, the Franks dominated Eastern Europe including the Peloponnese until 1261. William II Villehardouin, the fourth Prince of Achaea, was responsible for building the fortresses at Mystras on the foothills of the Taygatus Mountains and the Grand Magne at Cape Tigani, the ruins of which can be seen today. Despite Byzantium’s reduced power due to the incursions of Islam and the Franks, it retained significant cultural and religious influence with extensive church building throughout its empire and encouraged Byzantine centres such as Mystras that developed under the castle of William overlooking the plain of Sparta. Mystras became a cosmopolitan centre of learning and art with beautiful palaces and churches, a centre of diplomacy its geography placing it within easier reach to Rome.

Access to the Evrotas River fostered trade with Venice, Genoa, Florence and Spain and Byzantium’s connection with Hellenic wisdoms especially philosophy attracted scholars and artists who contributed to creating a vibrant centre of Byzantine and Hellenic culture. After the Ottomans controlled Constantinople from 1453 and the Peloponnese in the years following together with the silting up of the Evrotas, Mystras was largely abandoned. Yet Byzantium lives on in the region its rich traditions, creativity, a combination of classical and orthodox theology, artistic and spiritual expression embodied in the Greek Orthodox church.