The literal translation is Old Port which sums it up, a small fishing village that lies below the bluff of the dramatic Cavo Grosso. To the east run the southern Taygetus Mountains decreasing in height as they disappear into the sea at the tip of the peninsula. The Deep Mani is defined by its geography and history. It is formed out of rocky limestone with limited rainfall and high summer temperatures. The landscape here contrasts with the lusher north of the peninsula. There is a stark, almost lunar feel to the place not unlike Connemara in the West of Ireland. The plains and hills are dotted with smaller scrubby olive trees and the mountains terraced through centuries of backbreaking work to hug tight in a thin blanket of soil any moisture for the struggling vegetation. From this delicate cover, after the seasonal rains, anemones and autumn cream, pink crocus and cyclamen bloom. Birds fill the sky and you will see eagles and perhaps quail (a great trade of the area in the 19th century).

No longer the commercial port it was in the late 19th century, Germolimenas is now  a fishing village with several simple tavernas. Small boats land their fresh catch daily, and we enjoy the fruit of their labour at the local tavernas. The Kyrimai Hotel,  previously a warehouse, was converted by the family into a lovely hotel, it commands a wonderful view of the bluff and sea. Leigh Fermor describes the jetty here as thronged with cargo boats and pack animals toing and froing with produce to be distributed via the network of kalderimi.

Who are the Maniots?

Throughout his writing on the Mani, Patrick Leigh Fermor reflects on the traces of numerous tribes settling or passing through: Bulgars, the Spartans from the Roman Empire, the Byzantines in the 15th century and Cretans in the 17th century when the island passed from Venetian to Ottoman control.

Conflict and occupation led to scarce resources. Clan families erected defensive structures; these castle like towers survive throughout the area. The stories of Black Micheal and John the Dog with upturned cauldrons for helmets evoke a brutal tribal life. Ana Boulari is dominated by the Mantouvalos family tower, a clan that was often in conflict with the powerful Mavromichalis clan of Areopolis (still a vibrant town). The landscape is dominated by towered villages, many in ruins but under repair. 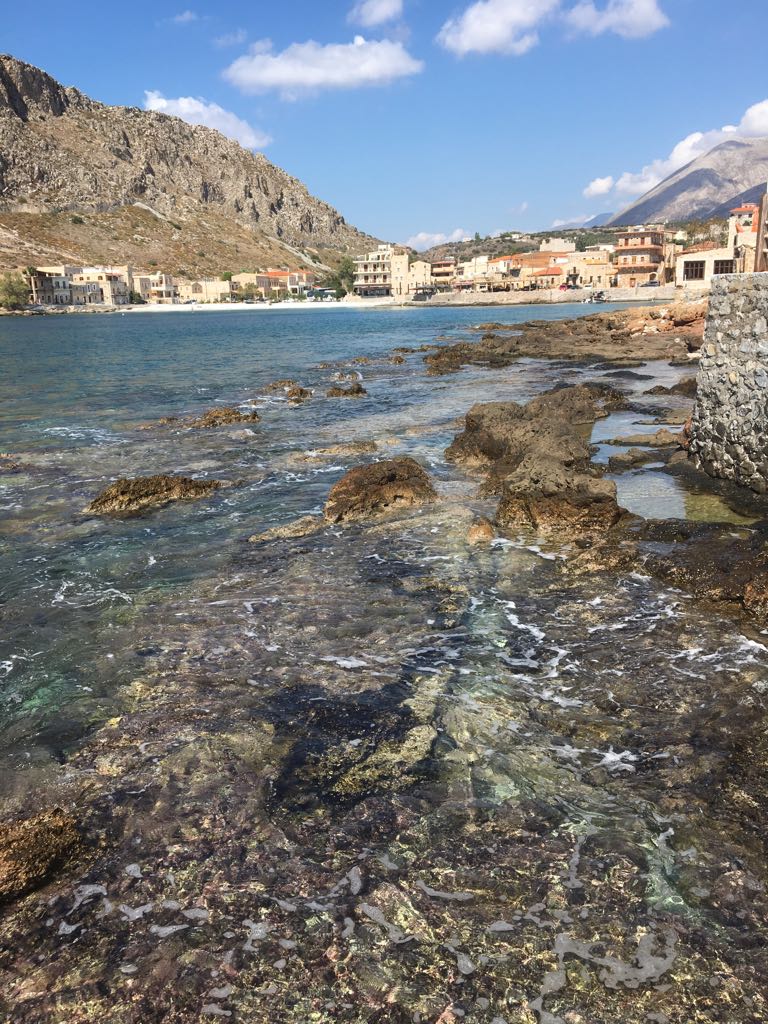 Across the bay at Gerolimenas

The dominant architecture of the peninsula is Byzantine (roughly CE 330 – 1460), Mystras, slightly north of eastern Mani, being a major centre in Byzantium. On our walk we pass the beautiful chapel of Odigitraea (Our Lady of Guidance) set at the foot of the cliffs overlooking Cape Tigani. Further along the peninsula we find the 12th century Agios Nikolaos at Ochia and more extraordinary churches dotted along the paths as we discover the villages of Ano Boulari, Diporo, Pepo and Leontakis. 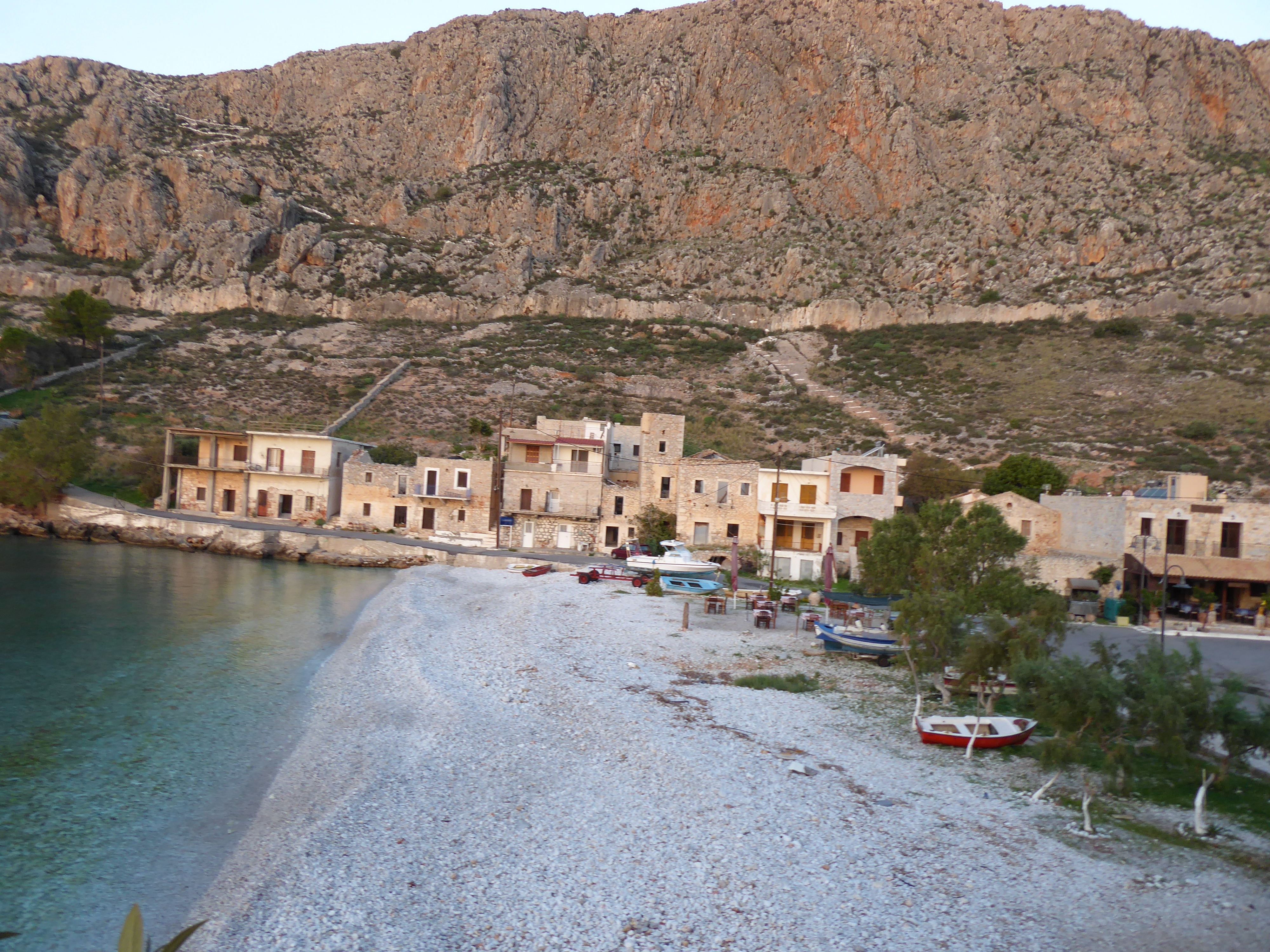 The Cape Tigani's strategic value is obvious. The Franks ruled from the early 13th century until Byzantine rule was reinstated in 1260. Here we find a ruined castle, one of three major defensive castles, built in 1248 by William 11 de Villehardouin. There are a few signs of Ottoman control remaining, one is Kelefa Castle, that stands on the side of a mountain commanding the Bay of Itilo. The Ottoman period has left little trace - a client system of appointing locals as  “beys”, allowed the defiant Maniots to maintain relative control until independence in 1829.

The mythical world is all about us: Herakles entered Hades to complete his final task via a cave at the southern most tip at Cape Tainaron. The small matter of bringing back the hell-hound Kerberos completed, Herakles also rescues Theseus from Hades. Odysseus descended to Hades to consult the seer Teiresias about how to find his way home to Ithaca. For the ordinary soul, upon death, a coin was placed in the mouth and the soul was accompanied by Hermes to the banks of the River Styx where he/she was left with the ferryman, Charon. For the fee of an obol Charon rowed the soul to Hades.

Psyche setting off in Charon's boat, ignoring the old man at left who requests alms, from the Story of Cupid and Psyche as told by Apuleius.